skip to main | skip to sidebar

Textured with a computer chip and a seed pod.
Two & one/half  Dimensions

Me at work in my studio 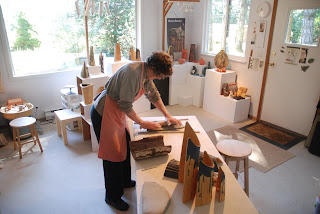 Rolling a slab of "Timberdoodle" 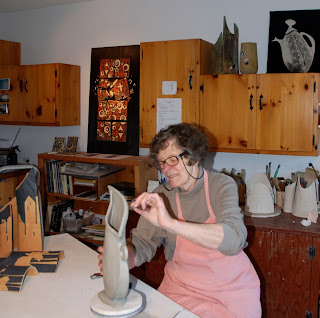 The Story of 'Impact'

For this narrative of the impact of Europeans on the first people of the Salish Sea I have referenced the work of Charlene George,  kQwat'st'not, T'Sou-ke,  First Nations artist and teacher.  I am also indebted to her for giving me, in gentle understatement,  new insights into “the period before the visitors came” when “the circle was in balance” and into “the great giveaway”.  I have also been influenced by the work of lessLie, an acclaimed Coast Salish artist, whose “colonized, Catholic, Canadian” name is Leslie Robert Sam.

As a descendant of white settlers, I would like to bring 'Impact' to the attention of as many people as possible as a way of doing my small part to promote conversations about the harsh realities of our shared history.  'Impact' grew from my response to that history of loss - loss of culture, language, livelihood and life. (The loss of life through disease is represented by the small pox virus.) 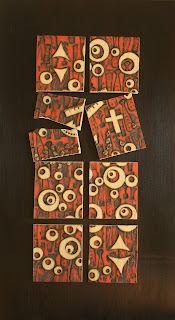 When this version of 'Impact' was first shown in art shows in 2012 and 2014, I had a number of conversations with interested viewers. Those conversations were very rewarding for me and I remember them all with much gratitude.  There was one comment, however, that was especially memorable. "It's not nearly broken enough."

Forward to the spring of 2015 when an appropriate juried show came to my attention. I entered 'Impact' and was delighted and honoured when it was accepted. The night before the show opened, however, the hand of fate intervened. During the hanging of the artwork, 'Impact' fell to the floor and was in no state to be shown. I brought it home and reassembled it.

I can now show it in its new, more meaningful form. 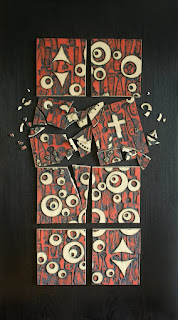 I am very happy to have donated 'Broken - Enough' to the Victoria Native Friendship Centre. 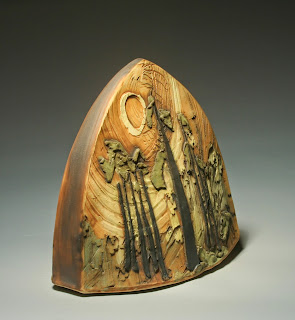 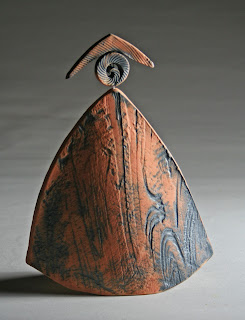 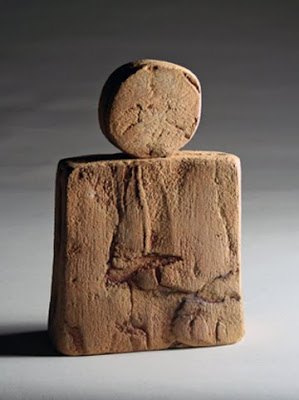 
Texture fascinates me. I use natural objects such as seedpods, bones, lichen, and dried cactus skins, often mingled with bits and pieces from my obsolete computer, to create texture on slabs. It’s fun to see high tech markings dance in tandem with organic texture and come alive in the material of one of the oldest technologies on earth.
Posted by Marlene Bowman